First Edition of The Immortal Game

The first edition of The Immortal Game was published by Poltroon Press in hardcover in December 1999. The print run was 2,000, and although there was no indication of the edition number on the title page, no further editions of the hardcover were produced. (Poltroon did reprint the book as a trade paperback in the spring of 2000.) Therefore, if you have a hardcover edition of Immortal published by Poltroon in 1999, you have a first.

Alastair Johnson designed the book. The dimensions and interior of the book were modeled after Knopf’s first edition of The Big Sleep, including the page imposition. Scene-setting black and white photographs taken by Mark appear at the front of each chapter. They are typically San Francisco locales where the story is set, but occasionally Mark recreated a scene from the book with models or props, such as a photo of PI August Riordan handcuffed to one of his Voice of the Theater speakers or a photo another character dead on the floor. 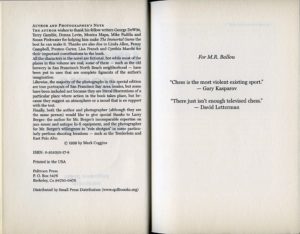 Mark used a Sinar Norma view camera to take all of the pictures in the book with the exception of two: a photograph taken inside a gun range, and a picture of the display window of a bondage and discipline paraphernalia store.

The cover photograph of two Lewis chessmen–a knight and a bishop–was also taken by Mark. The knight is intended to symbolize Riordan and the bishop is a stand-in for Edwin Bishop, Riordan’s client in the book. Johnson used a simple arrangement of the title and author credit in Cooper Black typeface over the photograph, replacing the dot for the “i” of immortal for the first word of the title (“the”).

The book was blurbed on the back cover by three authors: Tony Hillerman, Loren D. Estleman and Donna Levin. The blurb from Estleman, in particular, was very generous, comparing Mark’s writing to Dashiell Hammett’s and also making the connection of the chess background in the story to Raymond Chandler (and Philip Marlowe), which is what Mark hoped readers would do.

At one time, pristine, signed copies of the first edition of Immortal were going for as much as $200, a point which Lev Raphael alludes to on his NPR review of the book. Nowadays, you can find copies at much lower prices, but the Poltroon edition still represents a well-praised first novel with a unique design, issued in a relatively small edition. 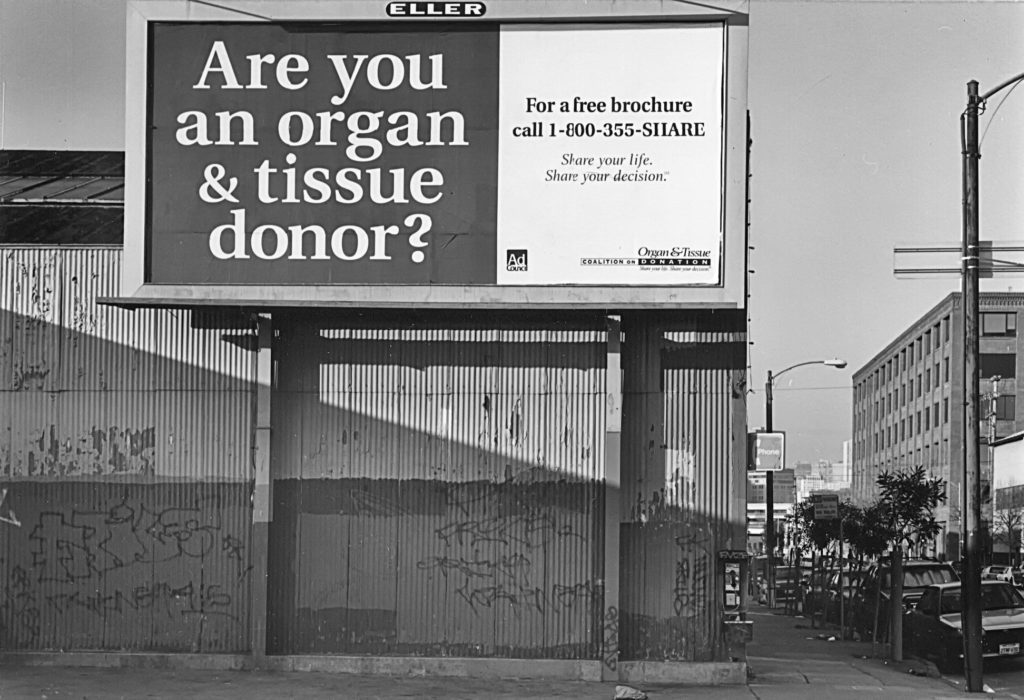