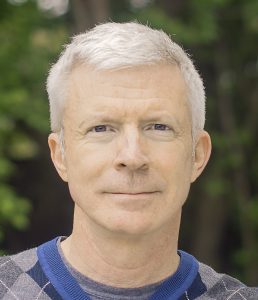 Born in the Four Corners region of New Mexico, Mark Coggins is an enrolled member of the Choctaw Nation. He earned two degrees and a Phi Beta Kappa Key from Stanford University and has worked for a number of Silicon Valley computer and venture capital firms, including Netscape Communications and Hewlett Packard Company.

While at Stanford, he studied literature and creative writing with Tobias Wolff, N. Scott Momaday and Ron Hansen and wrote the first story featuring his series character August Riordan in a class taught by Hansen. This story, “There’s No Such Thing as Private Eyes,” was later published in The New Black Mask, vol. 4, Harcourt, Brace Jovanovich.

His books have been nominated for the Shamus and the Barry crime fiction awards and have been selected for best of the year lists compiled by the San Francisco Chronicle, the Detroit Free Press and Amazon.com, among others.

Runoff and The Big Wake-Up won the Next Generation Indie Book Award and the Independent Publisher Book Award (IPPY) respectively, both in the crime fiction category. The Immortal Game was optioned for a film.

Coggins has published short fiction in Ellery Queen’s Mystery Magazine and the anthology Masters of Technique, as well as nonfiction in View Camera and Distributed Object Computing magazines.

He is also a photographer. Images of his have been shown in galleries across the United States and Europe, including exhibitions jurored by acclaimed photographers and curators Amy Arbus, Elizabeth Avedon, Judy Dater, Henry Horenstein and Michael Kenna. He has won multiple awards, participated in solo and small group shows, and he has published a monograph entitled Street Stories.